Home > About us > Our leaders

These include some of the country’s leading multi-disciplinary referrals hospitals, specialist equine-only practices and mixed practices with an equine caseload led by James Cahill Operations Director – International & Equine and Tim Mair Equine Veterinary Director with the support of a CVS Equine Strategy team.

James leads our CVS Equine Division throughout the United Kingdom, Republic of Ireland and The Netherlands.

Qualified in 1989, James worked in mixed practice in the North of England for a year before joining Peter Scott Dunn in Berkshire for five years. He then moved to Brunei to look after the Brunei Royal Family’s horse interests for eight years. Upon returning to Ireland, James worked with a number of businesses before joining CVS as Operations Director Northern Ireland and Republic of Ireland, which later became Operations Director International to also include The Netherlands. Most recently James has also become responsible for all equine operations in CVS.

James’s goal is to create excellent and enjoyable working environments for all practice teams, alongside his role of providing operational support to help continue their unrivalled excellence in clinical care. 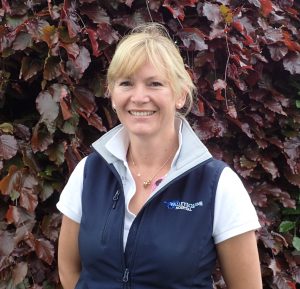 Hattie qualified from Bristol in 1997 and spent all of her time in clinical practice in the Lambourn Valley, working with racehorses and sports horses.

After 20 years of equine practice she was keen for some new challenges, and when Valley Equine Hospital became a part of CVS Equine in 2016, she was given the opportunity to develop a more strategic and operational leadership role.

She was appointed as Equine Director UK in 2019 and now has responsibility for all the CVS Equine practices in the UK.

Tim graduated from the University of Bristol in 1980. He obtained a PhD in 1986 and then stayed at Bristol as a Wellcome Trust Lecturer in Equine Medicine.

Tim has been editor of Equine Veterinary Education since 1996. He has an interest in clinical research (currently concentrating on MRI, colic, neoplasia and clinical audit), and has published widely in the professional veterinary literature (with over 150 peer-reviewed veterinary articles).

He has acted as external examiner for veterinary undergraduates at the Royal Veterinary College (RVC) and University of Bristol, and in 2007 became a Visiting Professor at the RVC. A council member of the British Equine Veterinary Association and serves on several RCVS committees/sub-committees.